As some of you may have noticed, I have silenced my voice from writing this past year, however, that’s not what I want to focus on today.

I was compelled to write today.

I just arrived at my hotel and wanted to share with you, the very somber day I just had.

Today, I had the incredible honor of working as the Lead Flight Attendant on the flight from Denver, CO to Spokane, WA this morning.

Like any job, things can become quite routine and mundane in the friendly skies, unless, that is, you believe you have a higher calling in life to make a difference in the lives of others.

Sad to say…for me…today was just another one of those mundane, routine days.

Until that is, we were informed by the agents that we would be transporting the body of a fallen soldier.

His body was being boarded to the underbelly of the plane as she spoke and we witnessed through the side wall windows, the sober reality of yet another fallen US Military Service personnel, as the military ceremony and those participating – stood at attention as Specialist Zachary Brooks (age 22) was respectfully and carefully placed within the bowels of Flight 1279. He, this son of a mother and father, this brother, this grandson, nephew, and friend.

First to board the aircraft was Specialist Brooks’ escort and commander, Lieutenant Kelsey Plutz. (She too, was young enough to be one of my own kids).

We, the crew, were instantly humbled and realized immediately the privilege we had been given on this not so routine, mundane kind-of-day.

The coordinating agent came down the jetway to the boarding door after Lt. Plutz boarded accompanied by a gentleman that had been seated in Business First in 1A.

And a gentleman he was indeed.

This large framed gentleman extended his hand to shake Lt. Plutz’s hand and told her, with sincere gratitude, that as a retired Master Chief of the US Armed Forces, it would be his honor to give her his seat. She hesitantly accepted and took her seat in 1A.

I assumed that she had had a long journey prior to this flight and an early morning. It was also clear that she was going to have an even longer day as I learned that she would be meeting the family after a four-hour drive from Spokane.  It was a pleasure to provide her with something to eat and drink so she could rest and nap on the short 1 hr and 55 min flight.

My heart was being yanked and tugged on as if Lt. Pultz and her companion Specialist Brooks were part of my very own family.

And family we are.

For I too, am the mother of a military son, and part of the larger fraternity of military families which extend from sea to shining sea.

has struck a chord deep down in my soul.

And I am saddened by it and grateful for it at the same time.

I am smitten with sadness that this young man’s life was cut short;
that his family is experiencing a grief beyond comprehension.

And although I was uncertain of the details surrounding his death, like so many, I am saddened by the fact that too often, the lives of so many innocent and courageous young men and women – end before they begin.

I am grateful, that my heart was moved with compassion even in the midst of pain.

I’m grateful that this experience has reminded me again of the privilege I have every time I step foot on a plane. 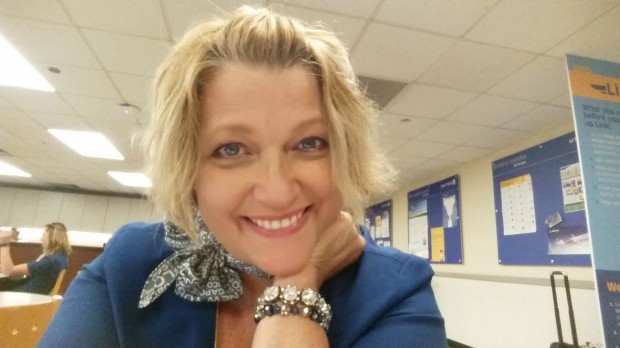 And that this uniform I wear (as a flight attendant), reminds me of the choice I have to be either caring and sensitive or oblivious and unkind to who those I fly with; this goes for passengers and crew alike.

I am also grateful that I live in a country that has men and women who are willing to lay down their lives for others, in the name of freedom and peace.

And I am grateful to have witnessed Americans united as one today on Flight 1279 as the entire plane remain seated as Lieutenant Plutz exited the aircraft to be reunited with her fallen soldier.

I am grateful to have watched with my own eyes, all passengers from all races, democrats and republicans, old and young, women, men, and children, all break out in applause of gratitude as Lt. Pultz. stood to exit the aircraft from her seat in 1A. It was deeply moving to bid my flight attendant farewell to each and every passenger – and to observe how everyone exited the plane in complete silence with only occasional whispers of kind sentiments.

We all did our best to fight back our tears in those brief farewell moments.

I am ever so grateful to have shared in this experience. It is one I will not soon forget.

Somehow, things like pouring diet-cokes, passing our headphones, filling a child’s sippy cup with apple juice, and holding a baby so a mother and father could gather all their belongings – are all suddenly brought into perspective as something much more sacred than it seemed before.

he did me in…and he left a permanent mark on my heart today.

And I am both humbled and honored by his incredible sacrifice.

I’ll be heading back to Denver in the morning.

And I wonder, as I sit on my hotel balcony in this beautiful Northwest part of the USA where a son is reunited with his family and everyone has gone their own way…

It may not be a fallen soldier, but rather a brave child traveling alone to return to a parent, or an elderly lady going to spend a few weeks with one of her distant children. Perhaps it will be a young man returning to his home with the ashes of a parent he just said goodbye to, or a first-time flyer who has a horrible fear of flying.

Who needs your smile? My Smile?

Who needs your prayers? My prayers?

Will you pray that the eyes of my heart would become more wide-eyed and open to seeing others as God sees them?

Will you join me on this adventure to live the Above and Beyond kind-of-life by doing away with attitudes that keep us trapped in the monotony of the routine and the mundane? 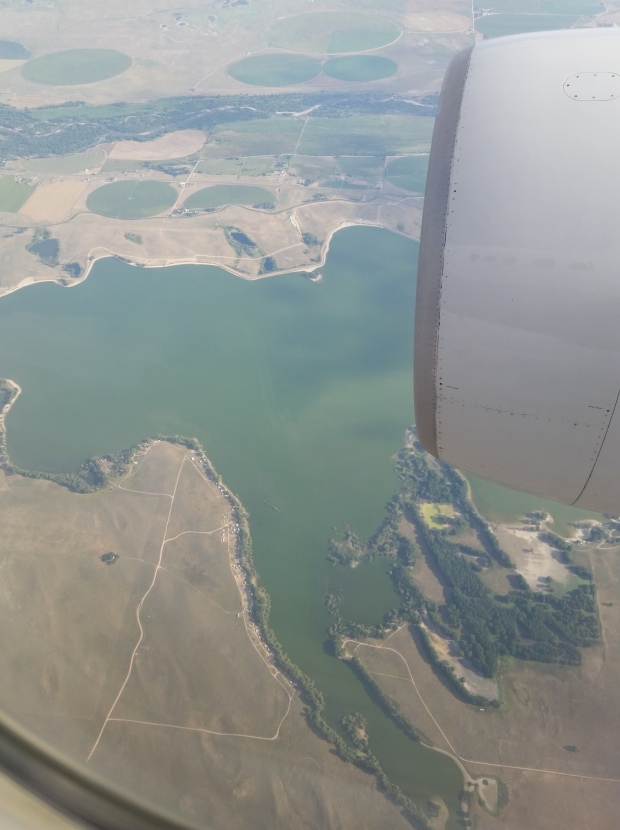 May we leave trails of love and peace and put aside our routine, mundane thinking.

Life is way too short friends!

And Zackery Brooks has brought that reality front-and-center today.

PS: The photos above are photos I took on my flight from Chicago to Denver this morning. Little did I know what the day would bring.

It’s been a hard day but a very good day. I am learning again and again – in this midlife adventure I’m in – to see God in the hard. He is always there – smack dab in the middle of the hard – grieving with us and comforting us in ways no human being ever can.

And for that – I am most grateful.

This site uses Akismet to reduce spam. Learn how your comment data is processed.

I’d be honored to add you to my email list.

My hurt hurts. God, we need you. Forgive us. Change our hearts. Change my heart. Heal our land. Make us one, oh God, we pray. May love and respect replace hatred and division. So that we might live together in peace and true freedom that comes from knowing you. Amen #blackouttuesday
G I V E A W A Y !!! I’m so excited to announce this very fun giveaway with some pretty ladies! You could be the lucky winner of: 1. @whitecardinaldesigns seashell bracelet 2. @paxcreatio custom drawing 3. @studio208bags mini makeup bag 4. @betsystretar Acorn Gert and Brother Bert book 5. @ronnerock One Woman Can Change the World Book 6. @houseofloveandlaughterblog Tea Tree & Citronella Oils, Hans Sanitizer & Thieves Spray Here are the rules to enter: 1. Follow all of us on Instagram: @sophialebano @houseofloveandlaughterblog @whitecardinaldesigns @paxcreatio @studio208bags @betsystretar @ronnerock 2. Like this photo & Tag all your friends! 3. Share on your stories for a bonus entry and be sure to tag us all! This giveaway will close on May 27 at 11:59pm, and winner will be announced May 28! Winner will be chosen at random and contacted via DM to claim their prizes! This giveaway is not endorsed nor affiliated with Instagram.
This lovely lady is my momma. And there isn’t enough space or enough words to describe her or my love for her. I love you mom and I’m so thankful the Lord gave us each other. You have made all the difference in my life...praying me through various life experiences and I am forever grateful!!! Happy Mother’s Day momma!! #mothersday #goatmom #goatmomma #loved #daughter #sister #friend #lovesjesus #seamstress #southerngal #amazingcook ##prayerwarrior #loveher
I hope you get to enjoy some fresh air this weekend and breathe deeply. This COVID-19 thing has taken us to a place none of us have been before. So much to process. I get it. Being in nature and seeing new life emerging amidst fallen and uprooted trees reminds me of this one thing. “God is sovereign over the affairs of man.” Whether we seen or not. Whether we believe it or not. Whether we like it or not. HE IS. Lean into Hope with me won’t you? And in the mean time. Take a walk in nature. And say this with me...”Why so downcast oh my soul...put your hope in God!” ❤️ #aboveandbeyondmidlife #movingforward #emptynest #transition #change #nextchapter #hopewriterlife #hopewriters #iamahopewriter #iamahopewriter #hopewriter #writinghopethings
Thank you for this reminder @joannagaines @magnolia “There are far, far better things ahead than any we leave behind.” - C.S. LEWIS #cslewisquotes #aboveandbeyondmidlife #movingforward #emptynest #transition #change #nextchapter #hopewriterlife #hopewriters #iamahopewriter #iamahopewriter #hopewriter #writinghopethings #nonfiction #nonfictionforwomen
Crew members: 5 Passengers: 2 I’m speechless 😶. #coronavirusflight #thisisreallysad

I love saying this:

To learn more about hope*writers…click on the link below

And…to find out where you are on the writing path, take this quick quiz: Writing Path Quiz 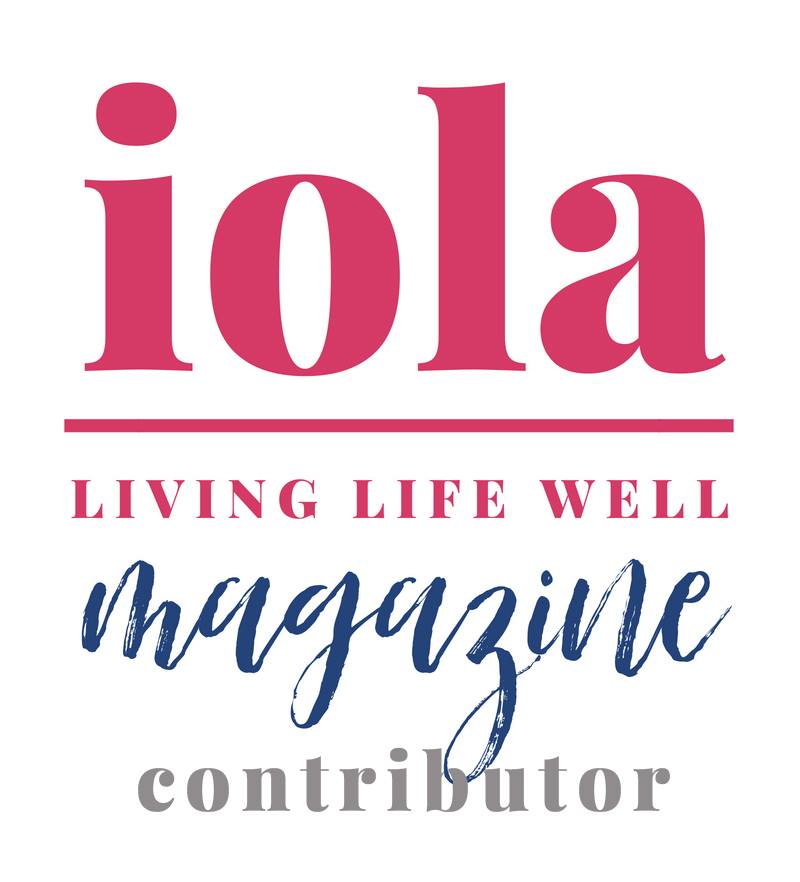 So much blooming goodness inside this issue!